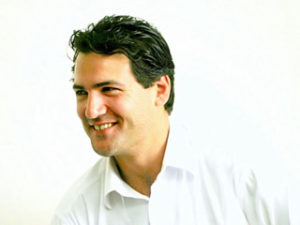 The Phil are delighted to welcome back a great friend of the orchestra, Marcel Zidani

In June 2017 Marcel won 2nd prize in the European Piano Teachers Composer Competition for his composition for piano – ‘The Clock’ and in 2015 the famous pianist Leslie Howard nominated Marcel’s composition ‘Butterflies’ for the British Composer Awards, describing the music from his Life Cycle CD as, ‘an excellent piece, beautifully written for the piano’.

Marcel is the author of ‘Hey Presto’ a unique and fully comprehensive, piano method for older beginners and adults, that focuses on the use of the sustain pedal to achieve a rewarding sound straight away. Educational material is available on www.golddustmusic.com.

Radio 3 described Marcel as a ‘Musical Gem’ and likened his compositional style to that of Chopin, Liszt and Satie.

‘The Sunday Times’ described the performance of compositions from his CD titled ‘A New Renaissance’ as ‘an explosion of expressive tonal colours’. His performance of Beethoven Sonata ‘The Tempest’ and Liszt’s ‘Un Sospiro’ received equal critical acclaim.

You can listen to Marcel’s recordings, read reviews and view performances on his website and on Youtube.

A great performance of Dawson : A Folk Symphony yesterday. We're not sure if any other UK orchestras have played it. Looks like @solsymphony are joining us soon. A great piece - unjustly neglected!!

It's Concert Day tomorrow. An afternoon of sumptuous 🇺🇸 music. Tickets on the door @PumpRoomChelt. 3pm. We'd love to see you there